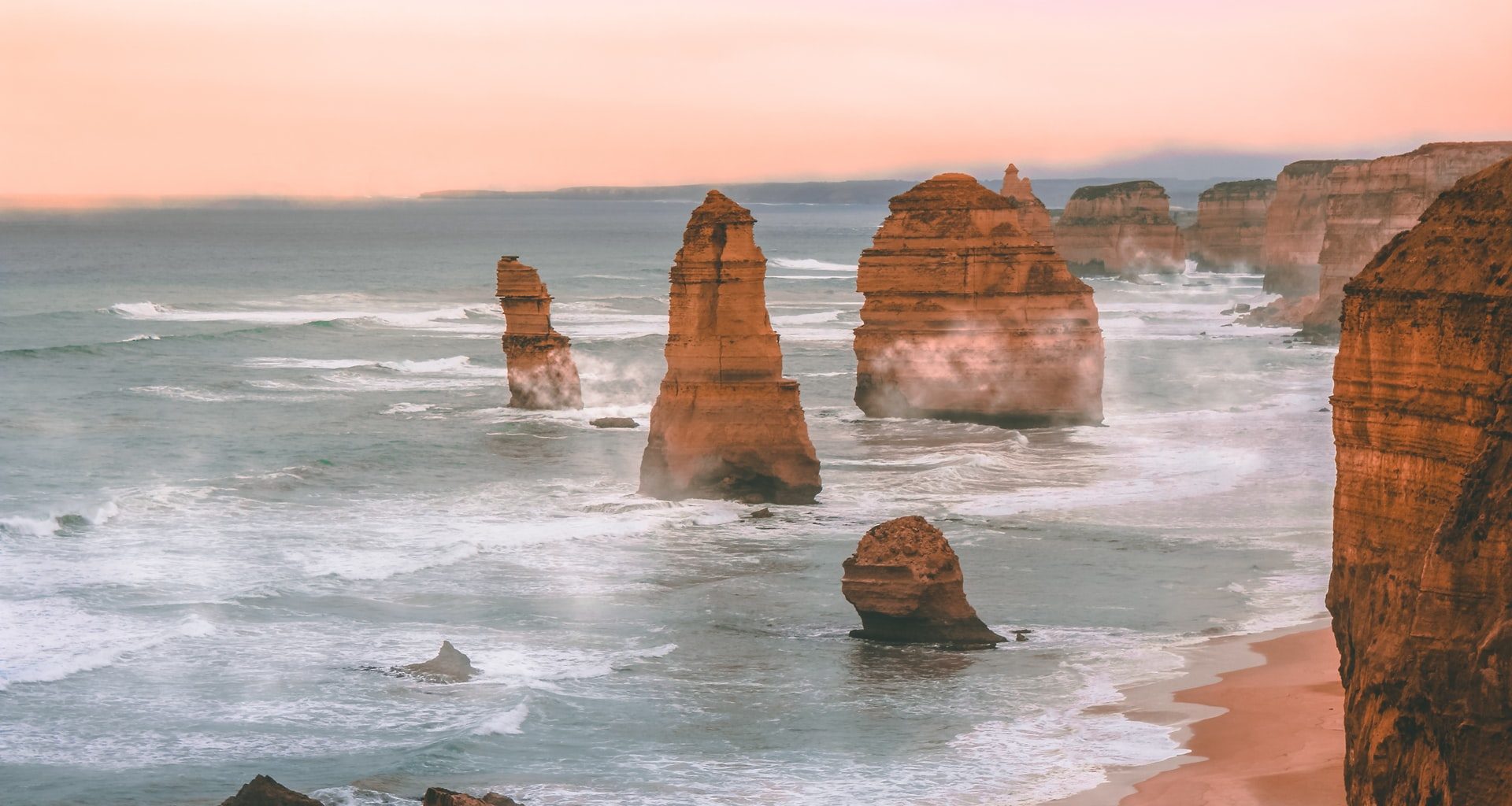 Australia Honeymoon – Everything You Need To Know

Australia has everything and more that you want in a romantic honeymoon destination. Nestled between the Indian and Pacific Oceans, Australia is the smallest continent and one of the largest countries on the planet. It is large enough to be utterly diverse. Whether you dress up for the Sydney Opera and dress down for snorkeling by the Great Barrier Reef, Australia is a land of enchantment. It is the ideal place to celebrate the beginning of your life together.

It will be almost impossible to see all of Australia during one trip. Therefore, concentrate on the larger cities and their surroundings.

Top Things to do in Australia 👫

The very size of Australia recommends that you focus your Australian honeymoon plan to one or two districts. From the beautiful beaches to the outback, each territory has its own flavor.

If your destination is the Great Barrier Reef, head for Cairns in Queensland. Here, you will find an abundance of outdoor adventures. Diving into the Great Barrier Reef is a given, but that is just the beginning. Enjoy the lively nightlife, the romantic tours to the rainforest, waterfalls, and the reefs. If you are truly adventuresome, go bungee jumping, rafting and skydiving.

While in Cairns, take a ride on the Kuranda Scenic Railway to Kuranda, which is 1,076 feet above sea level. A guide will provide the high points of this tour through the rainforest and will stop at Barron Falls for an Instagram photo opportunity. Come for the scenery and stay for the pampering. The train has comfortable lounge seating, snacks, and a souvenir pack. Leave Cairns at 9:55 am and return at 3:30 p.m. To make the ride even more luxurious, upgrade to Gold Class, which includes even more comfortable loungers.

two districts. From the beautiful beaches to the outback, each territory has its own flavor.

Queensland is the tropical section of Australia, with great beaches and rain forests. And it has the Great Barrier Reef.

Sidney is the capital and is the place for lots of sophisticated dining and a vivid nightlight. This is a famed wine-growing area with many vineyards. Neighboring city Victoria probably has the best cuisine in Australia.

Tasmania’s capital, Hobart, has some of the best art galleries in the country. Hiking here is the best, with mountains and lakes, and forests, and lots of great wildlife. This charming wilderness is a wonderful alternative to the big city bustle.

Out west, you’ll find spectacular beaches and challenging hiking. Check out the wine by the Margaret River. An exploration of this region is well-recommended, as it has some of Australia’s best wines. Pert, the capital, has some fantastic cuisine. If you’re after adventure, take a swim on Ningaloo Reef with some whale sharks.

The Northern Territory is, for many visitors, the real Australian experience. From Aboriginal art to a stunning landscape, this is what makes Australia unique. The capital is Darwin, and there is a surprising abundance of activities here.

This is where you can get close to crocodiles; it’s definitely Crocodile Dundee territory. For safe crocodile encounters, visit Crocosaurus Cove and face the beasts from a cage lowered into the water. Crocodylus Park is home to a thousand crocodiles.

Safely away from hungry crocs, the Museum & Art Gallery provides a history of the indigenous inhabitants going back thousands of years. Enjoy the art, then visit the café with a view of the waterfront.

Taking a cruise on the Mary River is the best way to get to know the landscape, and yes, more crocodiles.

At Nourlangie and Ubirr, the Park is filled with unique aboriginal rock art that is an incredible 20,000 years old. It’s a presentation of aborigines’ culture throughout history, all made with special paint.

For a tour of the Northern Territory’s wildlife, enjoy an hour-long cruise on the Yellow Water Lake. Catch these cruises at Cooinda, a lodge in the Kakadu National Park. You will undoubtedly see great wildlife and … more crocodiles. For some spectacular scenery, book a sunrise or sunset cruise.

This red rock, also called Ayer’s Rock, is as significant a symbol for Australia as the Sidney Opera House. The Uluru is one of the world’s largest monoliths dating back 550 million years. Feel the magnificence of this formation by touring the area on camelback or enjoy a serene dinner beneath the stars by the Uluru. For a truly unique experience, take a light plane tour and see this sight from above.

Australia is a large country. The best time to visit depends on the type of experience you have in mind. If hanging around the beach is your goal, the months of December through February are the best. It’s summer Down Under, and you’ll be able to enjoy all the watersports and festivals that are happening.

Keep in mind that the seasons in Australia are “reversed” from the Northern hemisphere. Their summer happens from December through February, and June through July are their winter month.

Spring and fall, or March through May and September through November, are still warmed by the sun but cool enough to truly enjoy the outdoors, especially in the hot coastal areas. In the fall, you can enjoy all the bright fall colors. These off-seasons tend to be Australia’s busiest times. Conversely, it’s also the most expensive time to travel through Australia.

For wine lovers, the month of March is grape harvest time and an excellent time for some wine tasting. June marks the beginning of ski season in Alpine National Park. It gets seriously cold in July. This is the time for the Melbourne International Film Festival and the Indigenous Art Fair in Cairns.

By November, everyone is ready to hit the beaches. It’s also the time for the Wangaratta Jazz & Blues festivals, a beloved jazz festival that lasts for four days in the town of Wangaratta and precedes the Melbourne Cup, Australia’s famed thoroughbred horse race.

Top Things to do in Australia

Australia has everything from white beaches to snow-capped mountains, so there are lots of activities from which to choose.

This Gold Coast lies on Queensland’s southeastern coastline. The most popular city along the coast is Surfers Paradise. It’s a popular place for watersports, especially surfing, as well as shopping and bar hopping.

The Great Barrier Reef is one of Australia’s most famous destinations. It is the longest coral reef in the world, stretching along the entire coastline of Queensland. It’s a haven of beautiful coral and diverse fish. A snorkeling or scuba tour is highly recommended.

The Twelve Apostles are located along the Great Ocean Road approximately four hours outside of Melbourne. Port Campbell is the closest place for food and accommodations. The Twelve Apostles is not a religious experience. It is, however, one of nature’s wonders. They are seven limestone heaps rising straight out of the Southern Ocean. The best views are from the visitor’s center, especially at sunset. The yellow stacks turn every possible hue in nature’s palette. It’s unknown why they are called twelve apostles, since there are only seven stacks.

When you think Australia, you think Koala bears. These adorable creatures can be elusive, so you should plan ahead to catch sight of one. Most of the koalas are in Queensland and South Australia. Visiting Sydney, Brisbane, or Melbourne puts you within proximity for meeting them.

The best place to see the Koalas is Raymond Island, a ferry ride away from Paynesville. You can stroll the island and see the little cuties everywhere. It’s best if you leave your car in Paynesville and walk or bike around the island.

If you are in New South Wales, the Tilligerry Habitat Environment Center in Port Stephens offers guided tours for koala sightings.

You were probably taught that all lakes are blue. You were taught wrong. Lake Hillier in Western Australia, on Middle Island, is a striking bright pink. The reason for the unusual color is unclear, although some scientists believe it has to do with a microalga. The contrast of the pink lake and the blue sky is stunning.

If you are in Sydney or New South Wales, a Hunter Valley Wine Tour should be on your itinerary. Australian wine has come into its own and can stand up nicely to its French competition.

Hunter Valley is the equivalent of America’s Napa Valley, with over 150 wineries located throughout scenic green hills.

Hunter Valley Wine Tasting has three separate tours to accommodate your tastes. The premier tour takes you to three separate vineyards for three different wine tastings. Enjoy some food with your wine at one of Hunter Valley’s restaurants. For more information, call (61) 0498507873.

The Sydney Opera House is one of the best-known architectural marvels in the world. No trip to Australia is complete without a tour of this fabulous building. The opera house has six separate theaters. Take a tour of the backstage area, which the public never gets to see. You might catch a rehearsal in progress. Following your tour, enjoy a delicious meal at the Opera Kitchen, with its incredible view of Sidney’s famous harbor.

Tasmania has four distinct seasons. Summer lasts from December through March, with a comfortable average temperature of 70 degrees. It rains a few times a year, but the weather is mostly dry. During Tasmania’s winter, it gets Antarctic winds, which can chill the territory considerably.

Melbourne, one of Australia’s major cities, enjoys four distinct seasons, with the northwest being hot and the northeast getting snow falls. The rainy season lasts from May through October.