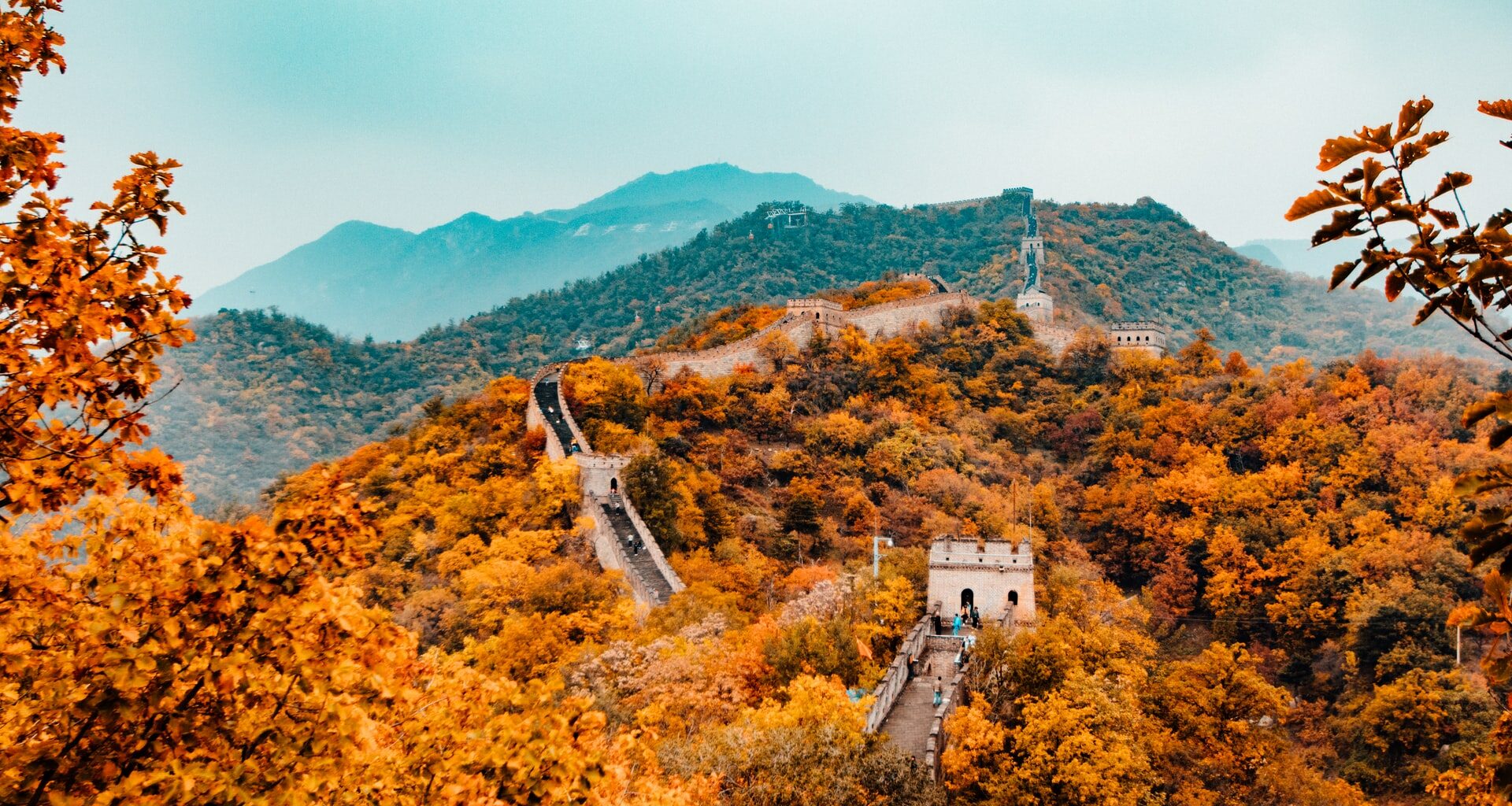 China Honeymoon – Everything You Need to Know

China is the world’s fourth largest country, with an ancient culture dating back thousands of years. With its uniqueness and exceptional beauty that can be found nowhere else, China can turn your honeymoon into a fairytale like few other countries can. When you arrive in China, you are entering a different world.

There is an abundance of folklore and tradition that influences the lives of the Chinese. It’s what makes China unique and exotic. Dragons figure large in Chinese culture, and there is a reason. In China, the dragon is all about prosperity, vitality, success, and power. What a wonderful place to begin your life together.

China has a wealth of architectural marvels that date back for centuries. Many of these structures are an indication of the owner’s status – the bigger the building, the wealthier the owner. Then there are the magical gardens, with bridges and ponds and waterfalls. Regardless of where you turn, there is beauty.

One of the cities that should be a part of your China honeymoon is its capital, Beijing. And there is much to see in Beijing.

This incredible complex is the largest palace in the world. It is so huge that it might take more than one visit. There are close to 1,000 buildings with thousands of rooms, all filled with ancient Chinese treasures, and a million pieces of art. There are two-hour tours, as well as four-day tours available to see it all. If pressed for time, concentrate on the main halls, such as the Hall of Mental Cultivation (bed chamber), Palace of Compassion and Tranquility (wives’ rooms), and the Literary Profundity (library).

The Great Wall begins just outside of Beijing. This incredible piece of construction took several dynasties to complete. It is a favorite hiking place, with tours that last from one to three days.

There is more to do on the Great Wall than hike, however. Hiking at night when the world around is lit up is a spectacular sight. You can camp out on the Great Wall or just enjoy a picnic amid a millennium of history. You will be creating some incredible China honeymoon memories.

Top Things to do in China 👫

China has a culture 4,000 years old. It was thriving when many westerners were still lingering in caves. So many inventions we take for granted actually came from China. These would be the printing press, paper, gunpowder, tea, porcelain, and silk, a beautiful material that may be 10,000 years old. The clock was invented in China around 750 AD.

The West developed a quick interest in China and all its goods. This led to the Silk Road, trade routes that introduced tea, jade, silk, and spices to eager westerners. It drew China and the West closer and closer.

China was not only a provider of needed goods. It has a landscape that encompasses everything from the deserts of Mongolia to the beautiful Tibetan lakes to the rice terraces in southern China. There are stunning beaches and mountains that stretch into the clouds.

If you think your Chinese restaurant around the corner has Chinese cuisine, you haven’t been to China. China takes its food seriously. There are many different regional cooking styles, such as Hunan, Zhejian, Cantonese, Shandong, Anhui, Sichuan, Fujian, and Jiangsu. The different landscapes allow a variety of different foods to be grown in different regions. However, everyone should try a genuine crispy Peking Duck. There is nothing quite like it.

Music and color have always been important in China, and Chinese opera combines both. In Chinese opera, a face painted red represents loyalty; black means valor; golden and silver faces are bathed in mystery; and yellow and white faces represent a duplicitous character. There are opera houses throughout China. Perhaps the most famous is the National Grand Theater in Beijing. Shaped like a half-shell without windows, the design itself is interestingly modern while being situated only a few meters from the ancient Forbidden City. The National Grand Theater includes an opera, a concert hall, as well as an art exhibit.

Shanghai is another major Chinese city that shouldn’t be missed. Call it the anti-Beijing. Instead of traditional Chinese architecture and palaces, Shanghai sports the modernity and sensuality of a Paris while attempting to blend the old and the new. Tall buildings are placed amid temples such as the Jade Buddha Temple with its two large Buddhas. When in Shanghai, you either feel you are in the East or the West, depending on which way you turn. The city is also a shopping mecca filled with luxury goods, especially when you take a stroll down Nanjing Road.

Shanghai comes to life in the evening. From opera and dance to hopping nightclubs and bars, you will be entertained until sunrise.

The choice between visiting Shanghai and Hong Kong during your China honeymoon is not easy. Both cities have breathtaking architecture, although perhaps Shanghai a bit more so. You’ll find the world’s second tallest building in Shanghai, namely the Shanghai Tower.

Hong Kong tends to be more expensive; you might get more value for your money in Shanghai.

China is so vast and diverse, each season holds something special.

Kunming, called the Eternal Spring City, is in Yunnan Province. Here, you will find the largest garden in the world, stunning every spring as the Rapeseed flowers burst into bloom. Nature presents a painting that no artist could equal. While in Yunnan, discover the trails up Jade Dragon Snow Mountain.

Tibet, and its capital, Lhasa, comes to life in the spring. Nyingchi is east of Lhasa and is famed for its incredible peach blossoms that cover the entire area. There are thousands of peach trees wherever you look. The Peach Blossom Festival lasts from April to May, with photo contests and festivals embracing the blossoms while snow-capped mountains loom above.

The Yangtze River is China’s mightiest river. The best time for a cruise on the Yangtze is in the summer, when the countryside peaks to perfection. There are cruises for as long as two weeks which allow you to experience all the major sights, from Chongquing, Nanjing, to Shanghai, and many other cities. Emerge yourself in local culture during shore excursions and discover what makes the Yangtze so mighty.

Hong Kong is the perfect China honeymoon destination in the winter. The temperature is a pleasant yet refreshing 60 degrees, perfect for celebrating Christmas, New Year’s, and the Chinese New Year in February. For Chinese New Year, the flower markets in Hong Kong are open 24 hours. There are fireworks over Victoria Harbor, and the Tsim Sha Tsui district is filled with singing and dancing. If you are feeling lucky, check out the most important horse race of the year at the Sha Tin Racecourse.

Top Things to do in China

Lhasa has a high altitude and gorgeous view. It’s the heart of Tibetan Buddhism. The Potala Palace is a huge complex of houses, chapels, and towers. It has been called the “most beautiful architectural buildings in the world.” Here, you can learn about Tibetan culture and art. When you climb the stairs of the complex, you will be treated to an unbelievable view of Lhasa.

Lamma is one of Hong Kong’s many islands and makes a terrific day trip. There are villages and hiking trails to explore, as well as relaxing beaches to enjoy. The hiking trail begins by the ferry landing and continues northwest to a fabulous seafood restaurant. Lamma can easily be reached by ferry from Hong Kong’s Pier 4. Worth a visit is the Tin Hau Temple. There are many Tin Hau Temples in China, but this one stands out due to its two western-style lions in the front – a distinction that comes as an irritant to many temple purists.

The Longji terraces near Guilin grow along the side of the mountains in a distinctive pattern. It’s a favorite hiking place that offers several views of the rice fields. The best time to go hiking is at dawn and at dusk. You can reach the terraces by bus from Guilin or take a car. For an overnight stay, there are hotels in nearby Ping’an.

While in China, take advantage of a dinner tour and enjoy some vibrant and genuine Chinese delicacies provided by Old Beijing Dinner Tour. The tour is three hours, and you will visit several genuine out-of-the-way Chinese eateries and enjoy some rice wine samples.

This army is a must-see when you are in Xian in northwest China. These warriors were built over 2,000 years ago within the emperor’s tomb to protect him in the afterlife. The tomb was discovered in 1974 and is now a museum. There are three separate pits. The first pit has a display of 2,000 warriors, although there may be 6,000 actual soldiers. Each warrior carries a weapon. Behind the warriors are 38 chariots. Each of the thousands of soldiers has a different face, hairstyle, and clothing. Every one of them was created as an individual.

In the second pit, there are rows of archers and more warriors with weapons. The third pit only has a few warriors. The sights are certainly incredible, but there are no signs in English, so a tour may be a good option.

Prepare to leave the twenty-first century during your China honeymoon. Pingyao is a small city in Shanxi Province. It is a four-hour train ride from Beijing or a two-hour drive from Taiyuan. Why come here? This is the most magnificent example of an ancient Ming dynasty city. It is known as one of the “Four Best Preserved Ancient Cities” in China. It’s as if nothing has changed in thousands of years.

Pingyao is a walled city, and stroll along the wall at sunset is spectacular. An excellent way to see Pingyao is by taking a half-day tour with Red Plum Tour Service. Contact them at 86+15835033752

There are hotels within Pingyao that are built in the Ming Dynasty style. More modern accommodations are available outside the city walls.

China is so large, it has different types of weather, depending on where you are. The north gets cold in the winter. Monsoons bring warmth and humidity to the south during the summer.

Most of northern China experiences extreme winter cold and intense summer heat. There is a large range between the seasonal temperatures, as well as the temperature between day and evening. Sandstorms are not unheard of in Beijing and Inner Mongolia areas

Autumn is an excellent time to visit China, as the weather tends to be mild, and the temperature and the landscapes are filled with colors.

South China, and cities such as Hong Kong and Taiwan, lean toward subtropical weather. The temperatures are high and its rains during the summer. The winters, however, are dry. July and September see occasional typhoons in Shanghai and Guangdong, which should be considered when planning your China honeymoon.