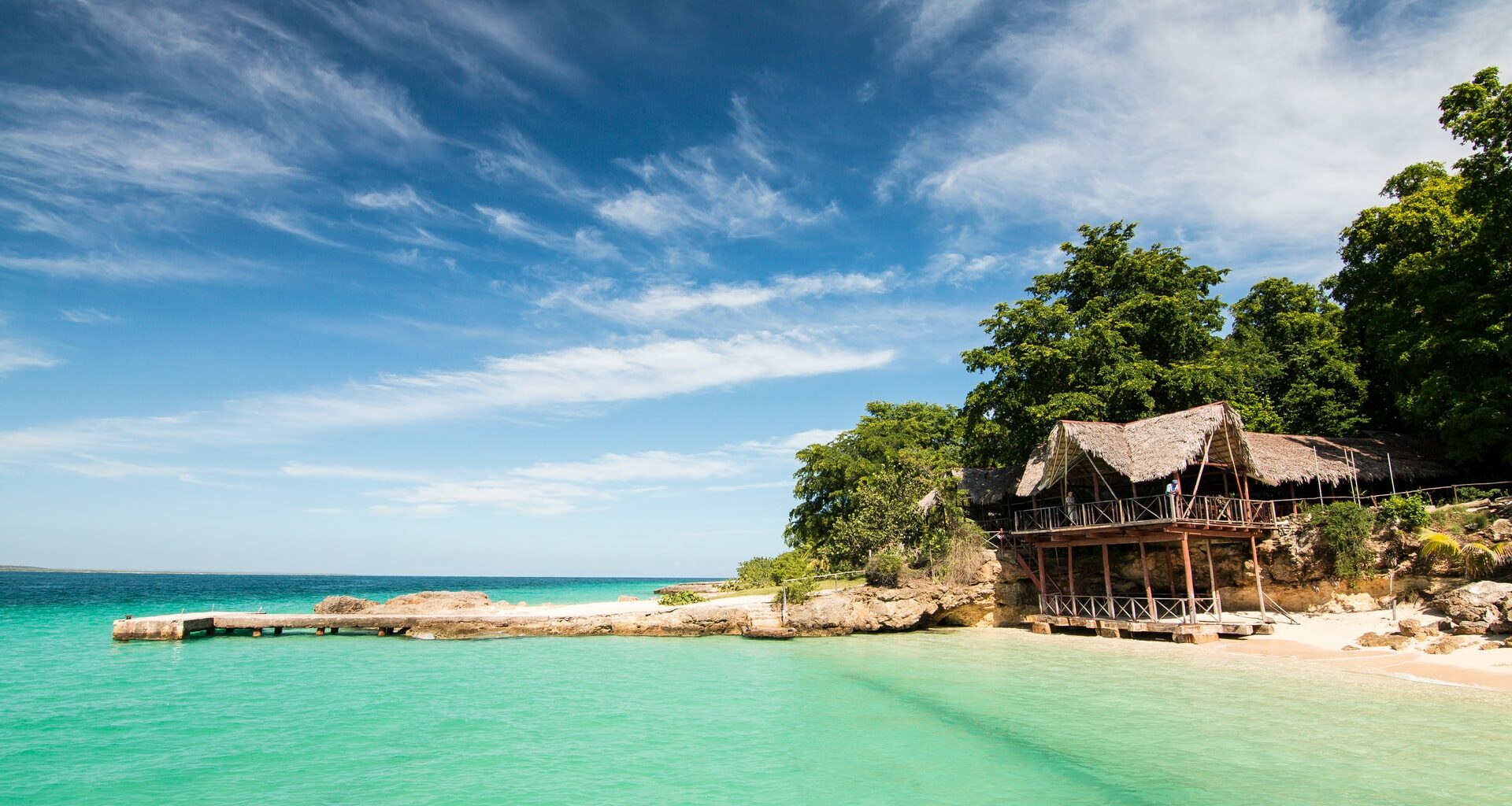 Cuba Honeymoon – Everything You Need To Know

Cuba is being rediscovered. As the island has been reopened to American tourists, many honeymooners are flooding to Cuba in search of great weather, beaches, interesting culture, and great cuisine. A Cuba honeymoon is certainly unique.

Cuba has become one of the most popular honeymoon destinations. Its natural Caribbean beauty is spectacular, the beaches are great, and much of the island’s colonial buildings and 1950’s style cars will make you feel like you are taking a tour through the past. Cuba is the largest island in the Caribbean, a mystery just waiting to be discovered.

The Cuban coastline is truly paradisiacal, and you’ll find nature at its purest. While you discover each other, you will be drawn to a culture like no other. The people are as delightful as its climate. There are some incredible landscapes and unique cities that could only exist in Cuba.

In Cuba’s capital, Havana, you will find unparalleled old architecture and heady contradictions. Take a stroll through the Vedado neighborhood. You will be enveloped in cosmopolitan chic and a great, if sometimes risqué, nightlife. This is where mid-twentieth century mafiosos built stunning high-rises, grand hotels, fabulous casinos, and the world’s hugest ice cream store. Ironically, this opulent neighborhood is nestled within Havana’s grim Plaza de la Revolution, complete with a statue of revolutionary Che Guevara. Such are the contradictions and irony of Cuba.

Top Things to do in Cuba 👫

The island of Cuba is in the Caribbean Sea, a mere 90 miles from Florida. Havana is its capital and most lively city. Its tropical coastline stretches for 2,320 miles. Tourism, sugar, and tobacco are Cuba’s most relevant industries.

Television and the Internet are available only on a limited basis in Cuba. This might explain why sports, especially baseball and soccer, are important pastimes. Fans get together in Havana’s Central Park just to discuss – not to watch – the intricacies of American baseball. Games are held in the Pedro Marrero baseball stadium.

For the less athletically inclined, people leave their homes for chess in the park. The games are fiercely competitive.

Another favorite Cuban activity is dancing. Most of them learn to dance at a young age and spend years perfecting their skills. Foreigners are known to visit Cuba for the sole purpose of learning to dance. Dancing is critical to Cuban culture. Dance venues and bars fill up each evening with couples ready to twirl to the ever-popular salsa. A basic version of this dance goes back for centuries and originated with the Spanish settlers, who exhibited joyful if somewhat immodest movements. Another favorite Cuban dance is the rumba, another dance that has been rated low on the modesty meter.

Cuba is filled with excellent dance schools. If you want to impress your friends back home by tripping the light fantastic without tripping over your feet, taking a few classes during your Cuban honeymoon is highly recommended.

The Cuban’s love of dance includes cabarets, where scantily clad ladies dance the night away. One of the world’s most famous cabarets is Havana’s Tropicana. Built during the early 20th century, the Tropicana stage was famous for 50 exotic, voluptuous dancers protecting their modesty with some sequin and feathers while strutting their talent. It still has some shock-value today, and it’s great can’t-miss entertainment.

Santiago de Cuba is Cuba’s second major city after Havana. It is known for its stunning beaches and, of course, for its music and dancing. This is the birthplace of the bolero, Cuba’s romantic ballad tradition.

Wander to Cespedes Park and listen to the street musicians. While in Cespedes Park, visit the 500-year-old Nuestra Señora de la Asunción Cathedral and its stunning interior. Next door, the Archdiocesan Museum has an outstanding historical exhibit, as does the Museum of the Historical Cuban across the street.

The entire city of Trinidad has been declared the world’s oldest outdoor museum. Here, time stopped during the mid-nineteenth century. People still ride horses. There are huge mansions filled with fine Wedgwood china and crystal chandeliers built with fortunes made from the sugar trade. Singing troubadours wander the streets. To the south of Trinidad, you will find one of its finest beaches. To the north, the Sierra del Escambray Mountains have inviting trails and waterfalls to explore.

There is always some festival happening in Cuba, and it usually involves music. Depending on your preference, you can determine when you should be having your Cuban honeymoon.

February is all about the famed Cuban cigar. During the last week in February, thousands of people from all over the world gather to celebrate their favorite stogie. You can tour cigar plants and take part in cigar tasting (smoking?) seminars. Be the first to savor the newest cigar.

In April, the International Urban Dance Festival celebrates all styles of Cuban dancing in Havana. For an entire week, more than 60 of the best international salsa teachers gather to offer salsa instructions in various settings. For information, call (53) 5 249 6489.

Cuba is a Socialist country. Not surprisingly, May Day brings a festive celebration to the Plaza de la Revolución in Havana for speeches and parades.

The annual Carnaval in Santiago de Cuba takes place during the last week in July. The purpose of the Carnaval is difficult to discern, but it adds up to be a celebration of summer, the end of the sugar harvest, and incorporates some rousing French, African, and Spanish dancing and music. Alcohol traditionally plays an important celebratory part.

December in Havana is filled with the sounds from the Havana Jazz Festival, when the clubs are alive with the sound of Jazz. If you are in Cuba during the end of December, do not expect any Christmas celebration, as religious fests are banned.

New Year’s Eve takes up the lack of Christmas festivities, and all the streets are bustling with revelers filled up on local rum.

Top Things to do in Cuba

Cuba has such a varied culture, it’s easy to forget it is a Caribbean beach country. Varadero, on the Hicacos Peninsula, is the hugest resort complex in Cuba, with more than 60 hotels, stores, a golf course, and every type of water activity. They have discos and bars to ensure a lively nightlife by the shore. This is the place to go for total beach immersion.

Regardless of your political leanings, Che Guevara’s role in the building of present-day Cuba is hard to deny. There is a large statue of Che at the entrance of the Che Guevara Mausoleum in Santa Clara. The Mausoleum is filled with every type of Che Guevara memorabilia. From his personal pens and cups to letters and photographs, they are all on exhibit. There are also a large number of news articles detailing Che’s efforts on behalf of the revolution.

While you are in Santa Clara, visit the Museo de Artes Decorativas.

The Castillo de San Pedro de la Roca is a fortress built in the 17th century and located in Santiago de Cuba. It was supposed to protect the city from pirate attacks by providing a view far out into the ocean. There are terraces and internal protective walls that add up to a great design. Truly worth a visit. They also have a museum dedicated to pirate activities.

You need to leave the colorful cities to see the spectacular nature of Cuba. Sierra Maestra is an amazing mountain range for hiking. Remote and very much off the beaten path. Still, it cannot escape the shadow of the revolution. It was in these beautiful mountains that Fidel and Che met and planned their battles. This is where the revolution began.

There are several hiking options through the Parque Nacional Turquino within the mountain range. La Comandancia de la Plata is the camp founded by Fidel and Che. The buildings are still there. Everything, including the refrigerator used by Fidel, remains as it was. A museum is filled with revolutionary memorabilia. The hike to the camp is 2 ½ miles. The wilderness, however, is quite scenic. You will need guides to lead you up to the camp.

There is a lovely and tranquil hotel in nearby Santo Domingo if you wish to extend your stay at the La Comandancia de la Plata.

A cemetery may be a strange destination for your Cuban honeymoon; however, you won’t regret the visit. The Colon Cemetery in Havana, named after Christopher Columbus, is breathtaking in its beauty and absolute tranquility. It’s a garden filled with gothic mausoleums and fabulous sculptures, and the sheer peacefulness makes for a delightful break in the hubbub that is Havana. The mausoleums frequently house entire families.

The beauty of the Colon Cemetery makes it a work of art. There are mourners here, so the quiet should be respected.

Cuba has a pleasant subtropical climate the entire year. The temperature is a steady 80 degrees with frequent sea breezes near the coast. The water is balmy and inviting, allowing for the perfect beach honeymoon. The island’s climate is divided into its wet and dry seasons.

It rains a lot from May through October, with September and October being the rainiest months. This is also Cuba’s hurricane season.

Winter temperatures in Cuba do not usually differ by more than 10 degrees from the summers, although a low of 50 degree is occasionally possible. Very pleasant jacket weather.