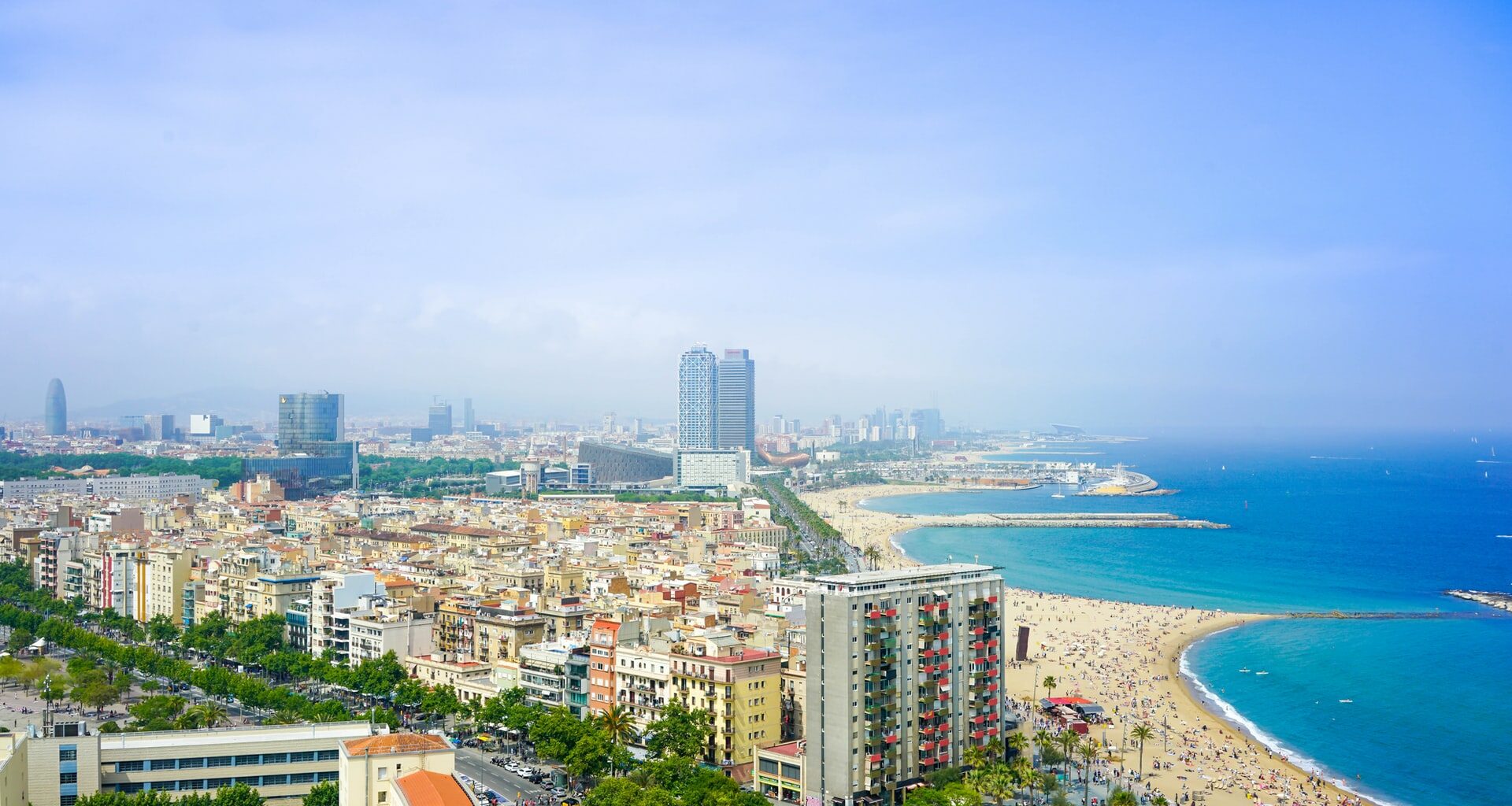 Honeymoon in Spain – Everything You Need To Know

Spain has one of the oldest and richest cultures in Europe. This makes it your ideal honeymoon destination. There are 17 distinct regions in Spain, and each offers something wonderful and different. Spain also has a splendid coastline with great beaches, and weather to match. Incidentally, many Spanish beaches allow nude bathing.

For romance, look no further than the cities of Granada and Seville. In Granada, you will find one of the most breathtaking remnants of the Moorish occupation, the Alhambra, with its grand architecture, fabulous gardens, waterfalls, and vistas of the city. The Alhambra was one of the royal residences of the Moorish sultans, then of the Spanish royalty. The entire medieval site is a collection of royal buildings and a museum of fine art.

For more romance, intrigue, and culture on your Spanish honeymoon, Seville has it all, mostly going back 700 years. Visit the incredible Great Mosque, with its view, fragrant orange trees, and a romantic courtyard. Still one of Spain’s most cosmopolitan cities, it was once the dazzling home of royalty, artists, musicians, and writers. It was, and still is, a major urban intellectual center. The gardens in Seville are lush, especially the Maria Luisa Park, which is made for strolling and a picnic.

Flamenco rules in Seville. For a pulse-raising experience, don’t miss the mesmerizing performance of dance (Ole!) and music at the Plaza de Santa Cruz, where emotions get stirs by the passion and rhythm of this traditional dance. Once your pulse settles down, visit Seville’s many tapas bars. There are more than 3,000 of them.

The food in Spain is glorious, especially in the Basque region, as well as the fresh seafood you will find in the many colorful coastal villages. Romance blooms in Spain. It’s as if the country was created for it.

Top Things to do in Spain 👫

Spain is located in southwest Europe and borders the Strait of Gibraltar and the Atlantic Ocean. It has a rich heritage ranging from the Romans to the Moors. Its influence is felt and experienced worldwide. Christopher Columbus was Italian, but it was the Spanish king and queen that supported his discovery of the New World, thus changing everything about the world as it was then known.

Next to Italy, Spain is the epicenter of art and the birthplace of Pablo Picasso and Miguel Cervantes. Salvador Dali and Juan Miro were equally important 20th-century artists.

It is impossible to understand Spain without understanding its 700-year Moorish occupation. At the time, the Moors’ culture was far more advanced than the European culture, and it spread that influence throughout Spain on all levels, from music to food.

The Moors helped create Spain’s irrigation system, which became responsible for its agricultural growth of oranges, almonds, and other produce. Bringing water to dry areas is why Spain has a wealth of public baths and so many beautiful fountains.

In addition to the country’s breathtaking architecture, Spain also offers mountains and great hiking opportunities. The Sierra Nevada is in southern Andalusia. This is a popular area for skiing while still being close to Granada and Seville. The Pyrenees range divides Spain from France and serves as another winter sports destination.

Madrid is the capital of Spain and famous for its vitality. There are famous museums, such as the Prado or Reina Sofia, first-rate restaurants (think the best tapas), historic buildings, as well as small, century-old bars and shops. Don’t miss the Royal Palace or the Plaza Mayor. The Plaza Mayor is several hundred years old and filled with history. It began as a humble Moorish marketplace. Now, it’s the place to sit, enjoy some wine and tapas, and watch the world go by.

Barcelona is a party town. The fun begins when the sun sets. Things heat up by midnight. By 3:00 am, explore Barcelona’s wilder clubs.

Spain has many delightful beaches. For an opulent beach getaway, the Playa De Alcudia is the place to go. It is in the Balearic islands, in the Mediterranean. Here, you will find seven kilometers of pure sand, and the finest resorts, restaurants and bars.

Spain blooms in the spring. The best place to celebrate the flowers in the Courtyards Festival is in Cordoba. The streets are filled with Flamenco dancers, and the aroma of orange blossoms fills the air. Cordoba residents open their courtyards for the festival to show off their amazing geraniums, carnations and other blooms coming to life. This is the only time when the courtyards are open to the public and.

In June, join the rest of Madrid in its Noche de San Juan festivities to celebrate the beginning of summer. On St. John’s Eve, Madrid comes alive with parties and fireworks, with the fun focused on Retiro Park. Everyone celebrates until dawn.

If Jazz is your passion, Barcelona’s rooftop La Pedrera jazz festival during the month of July is your answer. You get a fabulous view of the city with some hot jazz music. This takes place in on the roof of the Whale Attic, one of Gaudi’s famed buildings made to resemble a whale.

The holidays are the time to party, and Spaniards love to celebrate. December is still comfortable weatherwise. New Year’s is the big times. It’s traditional all over Spain to eat 12 lucky grapes as the bells chime twelve times at midnight while drinking champagne. The chiming of the bells and the consumption of each grape needs to be perfectly timed. It sure beats hanging around New York’s Time Square

Top Things to do in Spain

When in Spain, you need to experience the Flamenco in its purest form. One of the best flamenco venues is the Casa Patas. It is divided into a restaurant for tapas and a separate room for some incomparable flamenco dancing. Food and drinks are served in the entertainment room, as well. The Casa Patas is a flamenco venue recognized throughout the world. Call 913690496 for more information.

The island Ibiza is in the Mediterranean Sea by Spain’s east coast. It is one of the premier party destinations in the world. Pulsing entertainment happens until the early hours. During the day, white beaches are filled with dancing and entertainment which are meant to prepare everyone for the night ahead. Playa d’en Bossa is the major party beach, with a number of clubs. Ibiza Town is the island’s capital and throws the most famous parties.

Check online for the tickets of the club of your choice.

Frequently, the parties shift out to the sea to Boat Parties. These begin at dusk and last throughout the night.

The parties on Ibiza last from May through October.

Come to Lanjarón for the mountain views. Stay for healing waters. Lanjarón is a spa town not far from Granada renowned for its mineral springs. The town itself is lovely, lined with tall Sycamore trees and flowers, and a historic Moorish quarter and castle with views of the Sierra Nevada mountains. There are also scenic hiking trails.

The spas, however, are the main attraction. The melting snow from the Sierra Nevada ends up in Lanjarón’s hot mineral springs. In addition to healing waters, the spas offer relaxation sessions, wellness training, and relief from back pain. And the bottled water itself is refreshing and tasty. Call 34 902 104 841 for more information.

This palace is the major attraction in Seville. It was initially constructed as a fortress by the Romans. Then the Moors turned it into an exquisite palace complex. The inner galleries have high, serrated arches. Outside, there are sunken gardens in Moorish and Renaissance styles, with lovely paths for strolling and a pond. One of the buildings is the Casa de Contratación. This is where King Ferdinand and Queen Isabella met with Christopher Columbus and sent him out to discover a new continent.

Tickets for the Royal Alcazar are best ordered online.

This is a vast complex not far from Madrid. It is one of the few major complexes in Spain without a Moorish influence. Instead, it was designed in the Renaissance style by King Philip II as a burial site for the Holy Roman Emperor Charles V. It consists of a monastery, a palace, and several gardens. It’s a stunning historical structure and might be best enjoyed on an official tour.

Spain has hot summers that reach 90 degrees and mild winters in the 50-degree range. To avoid the summer heat, beaches are best enjoyed during the spring and fall months. The temperature during those shoulder seasons is a comfortable 70 to 80 degrees. Perfect for both the beach and sightseeing.

Andalusia, which is inland and Spain’s most southern area, can see temperatures soar to 120 degrees in the summer. For a more comfortable Spain honeymoon, remaining north or near the beaches will be more comfortable. Or visit Andalusia during the spring, fall, or winter.