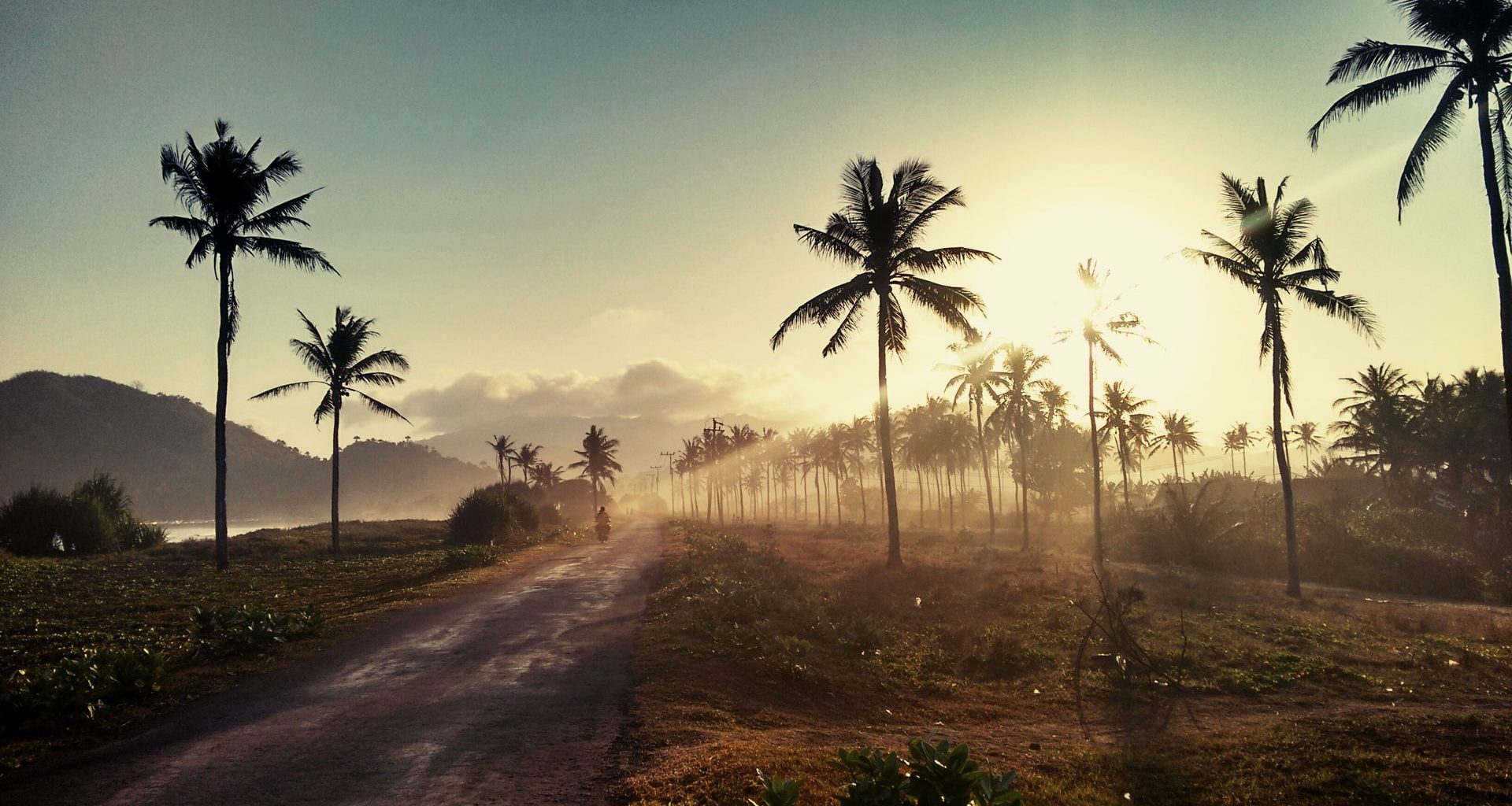 Indonesia Honeymoon – Everything You Need To Know

Located between Malaysia and Australia are the thousands of islands that make up Indonesia. The most famous island and favored Indonesian honeymoon destination is, of course, the Island of Bali. While Bali certainly honors its promises of beauty and romance, there is much more of Indonesia to explore.

It is known for its relaxed atmosphere, splendid wildlife, and magnificent scenery. These combine for an incomparable Indonesian honeymoon escape.

Ubud, a city in Bali, is a microcosm of what Indonesia has to offer. It is laid-back with a vibe of tranquility. The Monkey Forest is home to hundreds of Macaque monkeys that frequently interact with visitors while hoping for food. There is an abundance of artists in Ubud, and a great many craft items, jewelry, and other artwork are for sale. There are two art museums filled with 20th century artwork and Balinese art. Other popular sites are the Royal Palace and the Hindu dancers performing their traditional art.

You can walk through the rice fields of Ubud and the villages that surround them. It is a wonderfully relaxing hike. For further relaxation, visit one of the town’s many meditation centers, holistic healing centers, and spas. After a hectic period of making wedding plans, you and your new partner deserve some serenity.

The Raja Ampat islands offer a lesser-known Indonesian beauty. The island chain is so exquisite, it might have been painted by a deity in love with biodiversity. There are beaches, lagoons, and azure waters. But its true charm lies beneath these waters. You’ll find breathtaking coral reefs, colorful fish, and some of the world’s best diving sites. Expect to see barracudas, seahorses, manta rays, sharks, huge clams, and other marine life. If you and your partner are looking for a bit of underwater adventure, look no further than the Raja Ampat islands.

There are several places on Raja Ampat islands offering accommodations. You can get to this romantic paradise by taking a boat from the city of Sorong.

Top Things to do in Indonesia 👫

Indonesia in Southeast Asia is a chain of 17,000 islands located between the Indian and Pacific Oceans. Its ecosystem and cultures are highly diverse, with 300 different local languages being spoken. Indonesians range from hunters to sophisticated urbanites. New wonders appear around every corner as 200 cultures blend into one.

Buddhism and Islam have developed together in Indonesia as the country’s major faiths. They have stood side by side in a state of tolerance for centuries. Grand mosques are landmarks all over Indonesia. Visit them to learn more about their history. While on the subject of tolerance, the Puja Mandala complex in Bali has houses of worship for five different religions. There is no place like this anywhere else in the world.

The diversity of Indonesia stretches to its unique wildlife. Visit the Bali Safari Park and see one of the most exquisite birds on the planet, the colorful Cendrawasih. The Island of Komodo is home to the giant Komodo dragon. And it is on the island of Sumatra and the Indonesian part of Borneo where the gentle orangutan resides, and nowhere else.

Spend your Indonesian honeymoon to discover each other and all of Indonesia’s special treasures.

Indonesia is rich in history. It is the birthplace of Java Man, one of the first Homo erectus to walk the earth. It’s part of our evolutionary heritage. Java has a natural beauty, hundreds of active volcanoes, and villages divided by rice fields.

In Java’s major cities, Yogyakarta and Solo, culture rules with the royal palace, the large Borobudur temple, the Hindu Prambanan complex, and the ballet. It’s a mecca of sights, sounds, and energy for visitors. Their accommodations are first-rate, so these cities can serve as an excellent base for exploring the rest of the island, especially its most famed volcano, Krakatau, which exploded so violently in 1883 that it could be heard around the world.

Komodo Island is frequently overlooked when visiting Indonesia, and it shouldn’t be. It will add a great deal of adventure to your Indonesian honeymoon. The unique marine life is best explored by a cruise on a liveaboard, which will allow you to scuba dive and enjoy the waters. Komodo National Park is best toured with a guide. You are likely to see the famed Komodo dragons wandering around the beach, but they may not be overly friendly. Hence, a guide is your best bet.

For some adventuresome hiking, visit Padar Island inside Komodo National Park. No dragons here. To get to Padar Island, take a boat from Labuan Bajo. A cobblestoned path will get you to the top of Padar Island. It’s a fairly steep climb to the top, where you will revel in the view, which resembles a miniature Jurassic Park. Of interest are the beaches, which are white, black, pink. Here, the beaches are a virtual color palette of different hues, which you won’t find anywhere else. Have fun matching your swimsuit to the sand.

Indonesia is so diverse, the best time to visit depends on the region to which you are traveling and what adventure you choose to experience.

Indonesia’s dry season is from April through October. The wet season, which is filled with monsoons, lasts from November through March.

The Gili Island, near Lomok, are at their best from June through September, when it is the least crowded.

To see the orangutans in Borneo, the dry months of March through May are the best. The orangutans are smart enough to take shelter when it rains, so you won’t be able to spot them as easily during the rainy season.

Visit Komodo Island from April through November. There’s still a bit of rain in April, but the crowds are much smaller. In July and August, it gets hot and crowded. By November, most of the rain is gone, as are most of the visitors. Perfect timing.

Top Things to do in Indonesia

If you take your beach activities seriously, Kuta Beach in Bali has the waves for you. There is a surf school for those who want to learn. During the evening, relax at the beach and enjoy a beautiful sunset. You can reach Kuta Beach with a 20-minute taxi ride from Bali’s capital, Denpasar.

This is the world’s largest temple, built in the 9th century on the island of Java. It’s a wonder to stroll and see the 504 Buddhist statues, 72 of them of Buddha himself, and the breathtaking sculptures. There are a multitude of levels up to the temple, very much like a pyramid, with each level signifying a greater stage of enlightenment. The goal is to reach Nirvana.

You can explore the temple on your own. However, there are tours available, especially a romantic sunrise tour with breakfast being served at the Nirvana level. While enjoying the food, don’t forget the vista of mountains and valleys surrounding you. A proper sarong is required, and one will be provided to you.

Penang, the capital of Sumatra, might have the best food in the world. The secret is in the seasoning blend they use. It is said that Penang street food equals a gourmet restaurant anywhere else. If you are near Penang, check out The Western Spices and the Kebaya Restaurant. They surely will not disappoint. Meals are usually served on small plates, and you get to try up to 20 different dishes.

Tanah Lot is a huge rock formation off the shore of the island of Bali, not far from Denpasar. You can walk to it during low tide. This rock was shaped by water for thousands of years. It is considered a Hindu temple, and people come here to pray.

This theme park in East Jakarta is a delightful replica of all 26 Indonesian provinces in miniature. Individual buildings provide a reproduction of everyday life. This is a great idea for exploring those sights for which you don’t have time.

If you can’t go anywhere else in Indonesia, visit the Gili Islands, 35 kilometers from Bali. These are three islands with incredibly clear water, white sand, and a beautiful coral reef. This is a true tropical paradise, and cars are not permitted. If a beach Indonesian honeymoon is your plan, this is it.

Gili Trawanga has the party vibes. Check out the clubs, bars, and restaurants.

Gili Meno is quieter and is called the honeymoon island. The beach is perfection. The water is ideal for diving and snorkeling.

Gili Air is less of a party site than Gili Trawanga, but not as serene as Gili Meno. It also has some fabulous diving site and diving schools for beginners.

With cars off-limits on all three Gili islands, the general mode of transportation is a bike or taking a walk. All three islands have accommodations and restaurants.

All of Indonesia has a tropical climate. Most islands to the east of Java experience monsoon-type rains, which come with heavy humidity. The temperature on most islands during the day will push up to 90 degrees for most months during the year. It does get a bit cooler in the mountains. Mostly, there is a lot of hot sun with intermittent rainstorms.

The rainy season lasts from September through March. Springtime brings on the dry season in Indonesia, which makes the heat more comfortable.

Indonesia can be one the rainiest places in existence. The coastline around Sumatra usually has up to 15 feet of rain every year. It does get drier as you move inland. 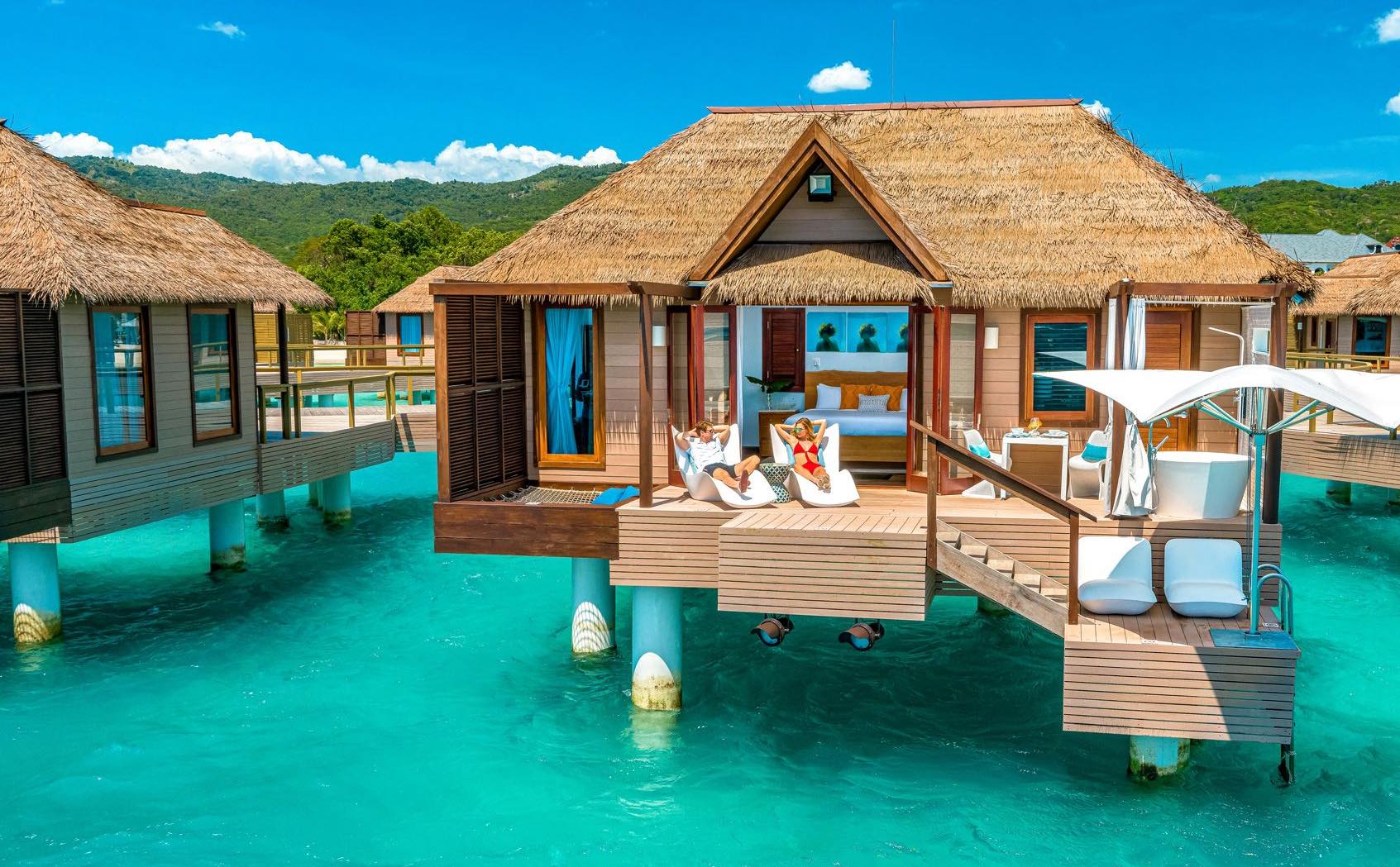