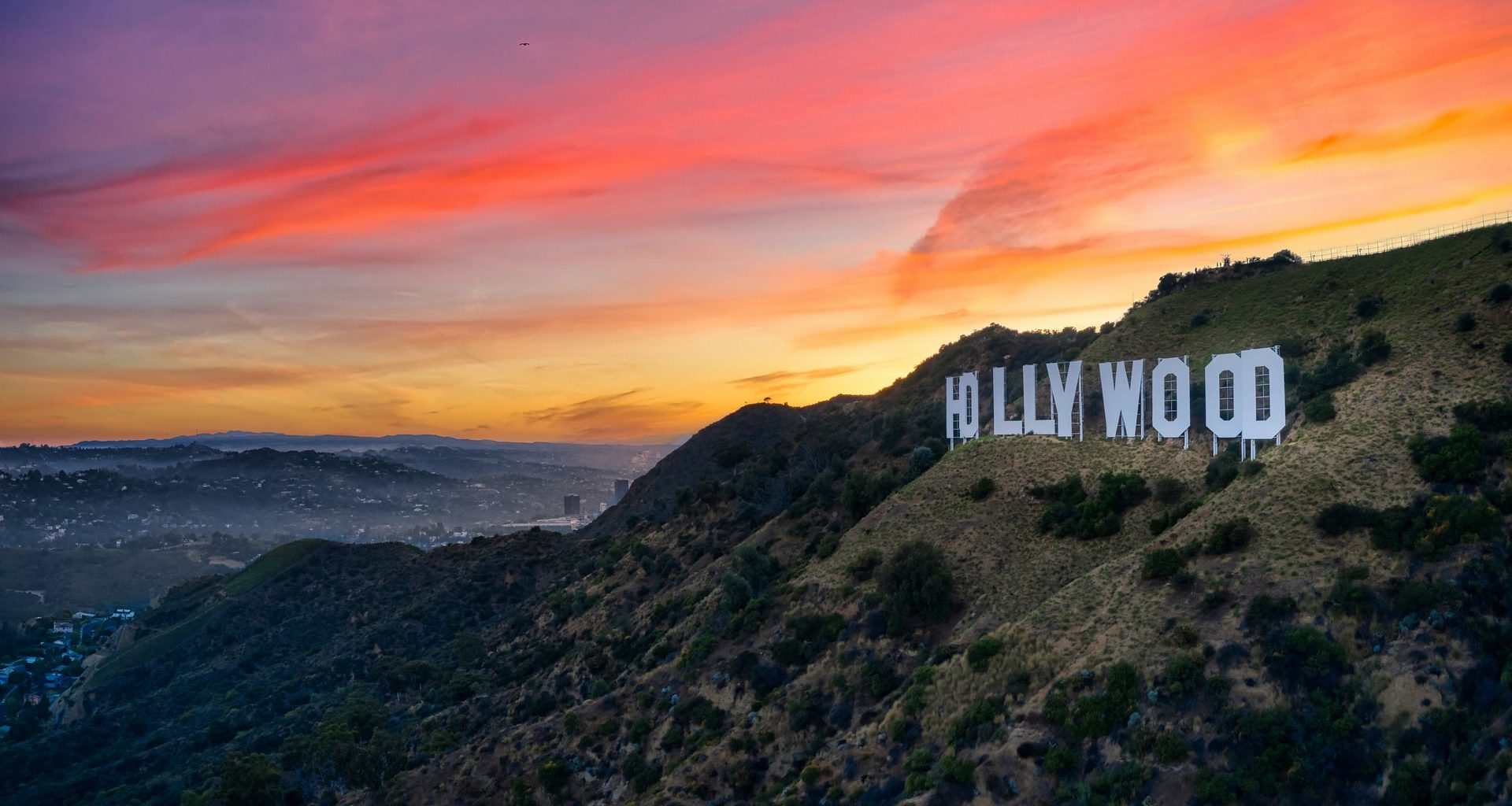 Los Angeles Honeymoon – Everything You Need To Know

Glitter, glamor, sunshine, and possible sightings of Brat Pitt are all excellent reasons to consider Los Angeles your ideal honeymoon destination. Los Angles, located on the Pacific Coast in California, is all about beaches, actors, movies, and more. Go there and rub shoulders with A-listers, or at least catch a picture of them.

Then, there are all the movie studios. No visit to Los Angeles would be complete without a tour of your favorite studio that shoots your favorite television show. You might catch them in the middle of rehearsal or actual shooting.

In addition to the stars, one tremendous advantage of a Los Angeles honeymoon are the many daytrips that its central location makes possible.

A mere hour from LA is artistic Laguna Beach, perfect for visits to its art galleries, dolphin watching and more.

LA is famous for its unwieldy traffic. Take a break and visit romantic Catalina Island, where there are no cars. Revel in a day of pure relaxation.

If you thought you had to travel north to Napa Valley for some wine tasting, you’ll be surprised that the Santa Ynez Valley is a mere three-and-a-half-hour drive from LA and filled with vineyards. It doesn’t get more romantic than toasting your newly beloved amid the rolling green hills of a winery. Many have lovely hiking trails where you can get lost on purpose and have your own secret picnic. For an overnight visit, consider the “Wine and Roses Romance Package” at Alisal Guest Ranch & Resort in Solvang. Chocolate truffles and massages are included.

Top Things to do in Los Angeles 👫

Few metropolises are as sprawling as Los Angeles, It can be chaotic and hectic before you even hit the freeway. Ten million people call Los Angeles County home. It is smart to know your itinerary before you arrive for your Los Angeles honeymoon. Regardless of your plans, however, you will likely need a car to get around. Los Angeles is not a walking city.

In addition to the movie studios, there are 80 stage theaters. Los Angeles is all about performing. For some culture, there are a staggering 300 museums. Then there are the 100 miles of beaches that comprise the Los Angeles area. Hustle and bustle are just a normal part of LA.

Los Angeles is eager to take your money, and it’s not just Rodeo Drive. Restaurants can be expensive, as can some events. But the smart money says you don’t have to pay a fortune to enjoy LA. Yes, there are some amazing restaurants, but you can save money by visiting at lunchtime instead of dinner, when popular dishes are on special.

Some events can the costly. So, during your Los Angeles honeymoon, investigate the myriad of ways you can save money without giving up any of the thrills that LA has to offer. How about excursions that cost nothing at all? Tickets to most television tapings are free. Go see your favorite shows live before they make it onto the air!

LA is a huge, albeit fun, sprawl. When you choose your hotel, do so with your planned activities in mind. If you plan on spending a lot of time at the beach, a hotel Downtown could make for a costly and frustrating commute.

If visiting museums and finding Hollywood memorabilia, the Walk of Fame, and Grauman’s Chinese Theater are on your to-do list, you will do best with a hotel located in Hollywood. You want to see movie stars? There aren’t many in Hollywood or Beverly Hills. Most of them live elsewhere, so forget those tours to the stars’ homes and become part of a few studio audiences. That is where you have a good chance of seeing the famous and wannabe famous.

California does have some spectacular beaches. One of the best and most romantic is the El Matador State Beach along the scenic Pacific Coast Highway in Malibu. You need to maneuver down some stairs, but they will take you directly to the beach. Here, stroll the stretch of white sand with its caves and huge rock formations. It is also the ideal place to enjoy a romantic sunset. Hint: the restrooms are in the parking lot.

There is hardly a bad time for a Los Angeles visit, but certain seasons have their own attractions, depending on what you are looking for.

Los Angeles tends to be less crowded in the spring, making it easier to avoid those interminable lines a Disneyland and Universal Studios. Since it is considered “off-season,” the rates will also be lower. In March, join the crowds for St. Patrick’s Day. In addition, April brings what some people consider the most important day of all – The Dodgers’ opening day.

Summertime brings the crowds to LA and to the beaches and every imaginable watersport. The season is also alive with the sound of music, with concerts on Santa Monica Pier and Downtown. The LA Summer Theatre Festivals brings Shakespeare to the great outdoors.

If you are in LA on July 4th, don’t miss the fireworks on Huntington Beach.

For sports fans, it’s the season when perpetual rivals UCLA Bruins and the USC Trojans face off. Root for your favorite team.

Join movie fans in November for AFI FEST, where the Oscar hopefuls are screened.

Fall is the beginning of the holiday season. Will this be your first year hosting a get-together? No need to panic. The Gourmandise School in Santa Monica has seasonal classes in holiday food preparation and baking. An easy way to impress the new in-laws.

During the winter, visit the Griffith Observatory in Griffith Park for a special telescope viewing of the stars – those above us, not those clamoring for parts. It’s also an ideal time to visit the Getty Villa and the J. Paul Getty Museum located on the Pacific Coast Highway with its collection of ancient Greek and Roman art. Admission to this Roman architectural marvel is free, as is an exploration of the lush gardens.

Top Things to do in Los Angeles

Los Angeles is bursting with local experiences and dining secrets. Don’t miss out on a thing during your Los Angeles honeymoon.

Los Angles is huge, and the city can be disorienting. To get the most out of your Los Angeles honeymoon, consider a tour with an overview of the main highlights. This will make it easier to pursue those individual places that you want to explore in greater detail.

This tour takes you through Los Angeles, Hollywood, Beverly Hills, and some of the major beach areas. See attractions such as the Santa Monica Pier, Sunset Strip, and others. The bus will pick you up at your hotel. Call 1 855 275 5071 to make the arrangements.

Here you will find well-known paintings and sculptures and much more, such as free concerts on Friday evenings. There are two excellent restaurants on site, but why not enjoy a romantic picnic on the landscaped grounds? Call 310-440-7300 for more information.

This theater is better known as the Grauman’s Chinese Theatre. Built in 1927, it is a one-of-a-kind architectural wonder. It is truly a Chinese palace. While you can see a first-run movie here, consider a tour of the complex. For close to a hundred years, the greatest stars have fought to have their movies premiered at the Grauman’s. A visit was an occasion, and people dressed in their fineries. The tour is filled with fascinating behind-the-scenes trivia and anecdotes as you view dressing rooms used by some of Hollywood’s greatest. Call 323-465-4847 to arrange for a tour.

Los Angeles offers an abundance of great eateries. For what some consider the best Mexican food in the city, visit Gracias Madre on 5905 Melrose Avenue. The entrees are specially made to order to get your taste buds dancing. Call 323-978-2170 for reservations and information. If you are in the mood for what has been called the best burger in America and has even been featured on television, head for the Apple Pan on 10801 W Pico Blvd. And don’t forget to finish your meal with some pecan pie.

Meet your favorite celebrity at Madame Tussauds on Hollywood Boulevard. Take a selfie with Marilyn Monroe or Kylie Jenner. Face your nightmares as you meet Bela Lugosi as Dracula and Boris Karloff as Dr. Frankenstein.

Rodeo Drive is the world’s most famous high-end shopping area. It’s luxury on steroids. If you can’t afford to shop here, you can window shop and soak up the rarified atmosphere. Then stop for lunch. For a romantic treat, try Wolfgang Puck’s steakhouse at the corner of Wilshire. Nothing beats his wagyu steaks. For a more moderate meal, enjoy some pizza at Il Fornaio located at 301 North Beverly Drive.

When people come to Los Angeles, they expect warmth and sunshine. But the temperature can vary. July is the hottest month, with temperatures reaching up to 80 degrees. The temperature between the seashore and inland can vary up to 15 degrees. It gets chilly in January, when the temperature drops to the 50s. Still, neither temperature is extreme. January may see a rainfall of four inches. The summers are drier, but the rain picks up again in October and will last throughout the winter.

Be prepared for the winter Santa Ana winds, which can push the temperature close to 100 degrees. If you are visiting Los Angeles in the wintertime, be sure to pack layers. And bring an umbrella.