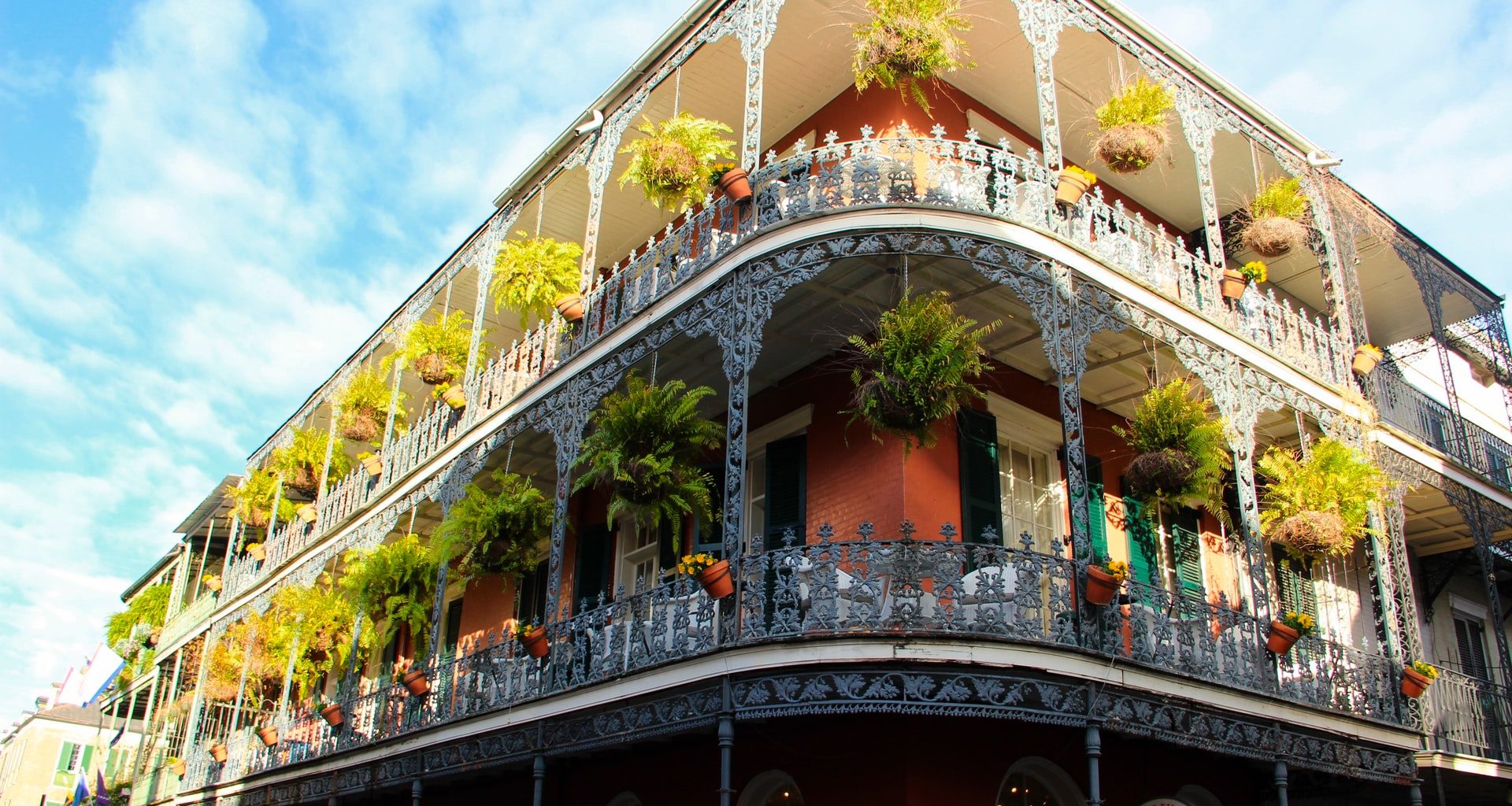 New Orleans Honeymoon – Everything You Need To Know

The City of New Orleans, a port city along the mighty Mississippi and the capital of Louisiana, is as close as you can get to a French honeymoon without leaving our shores. New Orleans is one of the most unique cities in the US, and its official motto, “Let the good times roll!” is exactly what you can expect during your visit. Few beaches or mountains, but unlimited good times are yours. There’s no better way to begin your life together.

New Orleans owes its uniqueness to its diverse history. Once a French colony, it rejected much of the U.S.’s conservative pilgrim culture. The city soon became the place for incredible food, the bluest of jazz, and festivals such as Mardi Gras to celebrate life. New Orleans is a dance-in-the-streets type of city.

Many freed slaves settled in New Orleans, creating the Creole and jazz culture for which it is known and loved. European immigrants found New Orleans to their liking and added their own traditions. The good times just kept on rolling.

New Orleans’ natural charms create the ideal honeymoon destination. There is so much to experience, from the famed French Quarter to ghost tours, and a visit to Honey Island. There is no nightlife quite like the nights in New Orleans. Spark some romance over a romantic dinner or a sunset cruise on the Mississippi.

Top Things to do in New Orleans 👫

New Orleans happened almost by accident. A trade center under French control, the city was built on the Mississippi Delta around a great deal of swampland. Less than 500 citizens made up the city, but new immigrants kept coming down the Mississippi and staying. French, Spanish, English, and every other nationality mingled. New Orleans grew as a critical trade port under French rule, and the French influence is still strongly felt.

That ultimate New Orleans fest, Mardi Gras, has its origin in the French tradition of gorging on unhealthy food before the traditional Lent season. The discoverer of New Orleans, Jean Baptiste Le Moyne, named it “Pointe du Mardi Gras” in honor of the pre-Lent tradition.

Having a good time is the norm in fabulous New Orleans. There are festivals, music, constant dancing, and an incredible cuisine. Here, jazz and Creole cooking rule.

The city’s French Quarter is the most famous district. Visitors and locals party on Bourbon Street and enjoy the elegant shopping on Royal Street. The architecture, with the ironwork balconies decorated with colorful flowers, and flourishing courtyards, is unmistakably colonial French. For the best in shopping and dining, the place to go is Royal Street in the French Market district. Or else, check out Magazine Street.

To see New Orleans’ genteel and elegant side, visit the Garden District. It is filled with glorious mansions and manicured lawns. It is as graceful and serene as the French Quarter is bustling for attention. While in the Garden District, visit the award-winning Commander’s Palace Restaurant, which has been at its present site for 250 years and is famed for its creative Creole cooking. Don’t just go for the famed cuisine. Here, you will enjoy a two-course meal for $20.00 and a martini for 25 cents. Where else but in New Orleans?

Few cities can boast having cemeteries that are marvelous attractions. But then, New Orleans is like few other cities. The ground is so swampy, people began to bury their dead above-ground, creating impressive mausoleums in the process. These are true works of art. There are several cemetery tours. Of special interest are the nighttime “haunted” tours. The actor Nicholas Cage has already purchased his cemetery plot at the St. Louis Cemetery No 1.

While on the subject of haunting, Voodoo is a genuine part of New Orleans culture imported by African slaves, who mixed Catholicism with some of their native rituals. Today, Voodoo is used for all kinds of reasons, including as a natural healing process for anxiety and depression. While you can find voodoo dolls (perhaps resembling your boss?) in various shops, for the best in Voodoo, visit the Voodoo Spiritual Temple for a reading by a real Voodoo princess.

Use New Orleans’ iconic transportation system, the trolley, to get around the city. It’s the best way to see the sights. Five separate trolley routes will get you anywhere you want. Purchase a Jazzy Pass that is good anywhere from an entire day to a month.

There is always fun to be had in New Orleans. The best months to visit, however, are the cooler months of November and December, when the temperature hovers in the 40s and can reach the 60s. It’s still warm, and the Big Easy is all dressed up in its holiday finery.

Summer can be brutal, and the temperature will hit 90 and higher. It’s also the rainy season, adding humidity to the heat. If you are budget-minded, July and August have great deals for hotels and restaurants. You can celebrate the 4th of July while watching fireworks set off from barges on the Mississippi River.

The Mardi Gras is New Orleans’ biggest tourist draw. Festivities take place from January through March, with weeks of endless partying and festivals culminating in the official Mardi Gras parade. It’s still cool enough to enjoy all the entertainment. Accommodations are at their highest price due to the influx of crowds from all over the country. Be sure to bring a custom to fit in with the local crowd.

You can still escape the worst of the heat in April while enjoying the Jazz Fest, where you will find lots of great music and food.

New Orleans Film Festival, one of the nation’s premier film festivals, takes place in October, as does the Voodoo Music and Arts Experience. There is no Voodoo at the Voodoo Experience, just lots of famous musical entertainers strutting their songs.

Top Things to do in New Orleans

New Orleans began its life as a French port and has grown into a jazz, sightseeing, and food mecca. The following are must-do activities during your New Orleans honeymoon.

Everyone has a breakfast beignet at the Café du Monde. They have been preparing these luscious treats for over 150 years and have it down pat. Either enjoy your beignet at the café or take it to nearby Jackson Square and watch the world go by.

Like so much of New Orleans, Jackson Square in the French Quarter started life as part of a grimy French trading post by the Mississippi River. Now, you will find St. Louis Cathedral, the Louisiana State Museums, and the oldest apartment buildings in America in this Square. There are also plenty of galleries and restaurants. Artists hover around the square painting, drawing, and selling their wares. You’ll find horse-drawn carriages here for a scenic tour of the French Quarter. If you are in New Orleans during the holidays, join the carolers in a traditional noel tribute to the season.

Just off the French Quarter, Frenchmen Street is where the best music and jazz clubs can be found. You can visit the clubs or just wander the street at night and listen to the music emitting from the open club doors. Dancing in the street is expected.

Bourbon Street, the more famous cousin of Frenchmen Street, is known for its wild nightlife and great restaurants. It is usually extremely crowded. Some visitors claim it is too touristy when compared to the more authentic Frenchmen Street. However, it is certainly worth a visit. Legally, people are permitted to stroll while in possession of alcohol, and most of them do hold on to a can of beer or go-cup.

Call it the anti-mall. Magazine Street is a six-mile stretch winding its way through New Orleans containing dozens of small retail shops nestled amid private homes carrying anything you might want. From clothes to pottery to souvenirs, stroll along Magazine Street and stop at a restaurant along the way.

It was the steamboats that made New Orleans the crucial port city that it is. Take a two-hour cruise on the Mississippi River and enjoy learning more about the history of this fascinating city. The cruise includes lectures, a meal, a concert, and a bar. There are lunchtime cruises, brunch jazz cruises, and evening cruises. For more information, call (504) 569-1401.

While in New Orleans proper, it is easy to forget that you’re on swampland. Take a day trip tour to Honey Island for a different perspective of New Orleans. See the gators (they are more afraid of you than you are of them), turtles, bald eagles, and egrets as you float a boat through the swamp. Honey Island is 70,000 acres of unspoiled habitat that hasn’t changed much since the French were in control.

It rarely gets too cold in this southern city, where hot weather is the norm. While the summers are humid and wet, the average temperate in New Orleans is a comfortable 78 to 80 degrees. It the high level of humidity that can be difficult to take.

Spring and fall are the most comfortable seasons in New Orleans. The parks and the Garden District are bursting with flowers in the spring. It’s also the time to indulge in crawfish, which is plentiful at this time. However, be aware of the hurricane season, which can hit from June through November. As a rule, these hurricanes simply involve some street flooding.